The United Nation’s Food & Agriculture Organization (FAO) tracks a global index of foods that includes sugar, dairy, vegetable oils, cereals and meat. It creates an index of these global prices to estimate how much the world spends on its food.

The most recent FAO report released earlier this month noted prices rose 2.4% in February (ninth monthly increase in a row). The level is now 24% higher relative to last year, and about 20% higher than the level over the past five years. The main factors causing this move cited in the report were lower supply and higher global demand.

Source: UN FAO
Takeaway: The FAO food price index was stuck in a range for five years, and recently it started to break out (red and yellow lines lines).

We are seeing strong price increases in broader commodities as well. Many basic goods have risen sharply since June 2020. Many agricultural commodities initially declined when the pandemic began in early 2020. This is because many financial markets anticipated lower demand from lower economic activity. China's economy is estimated to have contracted by as much as 50% short-term in early 2020 as it shut down its economy to stop the spread.

Prices began to recover when global governments announced large stimulus plans. These plans arranged for financial relief to be distributed to households and companies.

The amount of money in the the financial system according to the Federal Reserve’s M3 has risen by 24% year over year through February 2021 as a result of new fiscal stimulus. The recent $1.9 trillion economic stimulus bill signed by Congress and President Biden will further increase the money supply.

We are seeing a change in the fundamentals for agricultural commodities that should support higher prices going forward. Governments are focused on keeping economic demand elevated by sending stimulus payments to households and businesses, while at the same time many goods are experiencing supply reductions.

One relevant commodity seeing a changing supply and demand profile is corn. Since June 2020, the USDA’s WASDE report has gradually changed its outlook for corn as it revised down production estimates and revised up export demand. Corn ending stocks-to-use ratio forecast for 2020/21 crop deceased from 18% in June 2020 to 10% as of March 2021. The 60 year median level is 15%.

Typically agricultural commodities see larger price volatility when inventories and stocks-to-use ratio are low. This is because there is less room to protect against uncertainties.

So it seems “The Times They Are a-Changin” as Bob Dylan said in his famous 1964 release. We could be entering a new phase of the agriculture commodity cycle whereby prices start rising again, similar to the 2000-2008 era when prices rose by several fold. 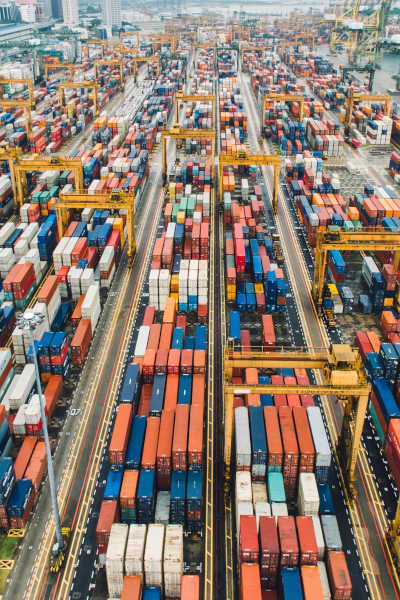